“Oh, that You would rend the heavens and come down, That the mountains might quake at Your presence—As fire kindles the brushwood, as fire causes water to boil—To make Your name known to Your adversaries, That the nations may tremble at Your presence!  When You did awesome things which we did not expect, You came down, the mountains quaked at Your presence.  For from days of old they have not heard or perceived by ear, nor has the eye seen a God besides You, Who acts in behalf of the one who waits for Him.”  Isaiah 64:1-4 (NASB)

John Wesley, the founder of Methodism, is quoted as saying, “Prayer is the engine that drives revival, and testimony is its fuel!”  If that is true, “How should we pray today for revival?”  That begs another question, “What is revival?”  To deal with that question we need to sit at the feet of the prophet, Isaiah and learn what Biblical revival is, and how we should pray today.

First and foremost, we need to see clearly that Biblical revival comes only from the hand of Almighty God, and He is supernatural!  Listen to Isaiah and the terms he uses.  “Rend (tear open) the heavens and come down.”  Make the mountains quake (tremble) and the waters (oceans, rivers, lakes) boil at Your presence!  Listen also to these testimonies.  George Whitfield, reputed to be one of the greatest preachers who ever lived and was so greatly used in the revivals that swept both England and America in the early 1800s recorded this in his diary about one of the evangelistic services he preached, “Suddenly, God the Lord came down upon us!”  Those caught up in the great prayer-revival of the late 1850s spoke of “Holy Zones” where people were suddenly and unexpectedly confronted with the Holy and Mighty presence of God, confessed their sins and lost condition, calling on Christ for forgiveness and salvation and were gloriously saved!  Evan Roberts, the preacher God used so powerfully to shake the country of Wales in the early 1900s, and J. Edwin Orr, the historian who later wrote so eloquently of that revival used such terms as, “indisputable” and “inescapable” to speak of the awareness of the presence of God.  Mary Peckham, the young woman saved in the great revival that swept the Hebrides Islands in the late 1940s and 50s testified, “The islands were alive with God’s presence!”

Make no mistake about it, the Bible speaks of God as being always present (Omnipresent).  At the same time, the Bible also speaks of exceptional times where He chooses to make His presence unusually known!  This is confirmed by countless testimonies of men and women of faith across the years recounting times where God chose to “come down,” sometimes unexpectedly, and sometimes after intense pleadings by the people of God!

Are we not at a place where the world and the Church are in desperate need for the Lord to come down upon us?  “Lord, do it again!  Rain down on us in all Your glory with Your holy Judgment in one hand, and Your amazing Grace in the other!” 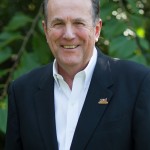