Jesus lays out terms of discipleship. Just as there are many today, there were crowds of people in Jesus day that followed Him because they loved the miracles, His healings, and free food.  Jesus was cool and the talk of the town.  They loved His gifts and benefits without a personal relationship with Him.  They were following Him for what He did rather than for Who He was, God’s Son. Luke 14:27 “Whoever does not carry his own cross and come after Me, cannot be my disciple.” Col. 2:6 “As you have received Christ Jesus, continue to live in Him.”  Matthew 16:24-25 Jesus said to His disciples. “If anyone desires to be my disciple, let them deny themselves, disregard, lose sight of, forget themselves and their own interests, take up their cross and follow me.”

James Dobson tells a story of Irina Ratushenshaya, who was from the Soviet Union in the 1990’s.  She shared after being raised in an atheist’s home, she found an old Slavic Bible when she was 23.  She taught herself to read it and discovered a personal relationship with Jesus Christ.  Her faith was discovered by the KGB, who had infiltrated the Russian Orthodox Church pretending to be priests. Irina was sent to a labor camp.  She refused to deny her Lord so they tortured her.  A tooth was drilled without anesthetic to test her tolerance for pain.  She was placed in an unheated room of 50 degrees for 5 months and given a cotton gown.  She sat on a cold floor and was fed only every other day.  Irina shared, ”being a Christian follower is not a very pragmatic thing to do and doesn’t bring many benefits in the Soviet Union.” President Ragan heard about her and arranged for her release through government channels.

When I read this story, I had to ask myself, “If that ever happens in America, would the Lord be able to count on me to be His true (follower) disciple?” The question for all of us, that claim Jesus as our Savior today, is not whether we are willing to suffer for Him, but are we willing to deny ourselves and LIVE for Him! 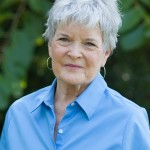